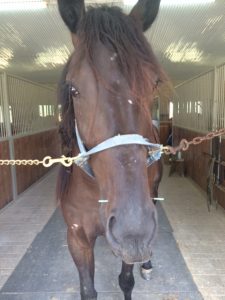 Abstract
Acupuncture has been used in humans to help treat upper respiratory tract infections (URTI). This case report describes the use of acupuncture as an adjunctive therapy in a case of equine viral URTI. Acupuncture did not appear to shorten disease duration, but did seem to improve the energy level and attitude of the patient in the 24-48 hours following treatments. 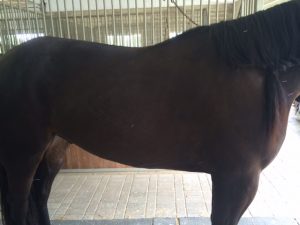 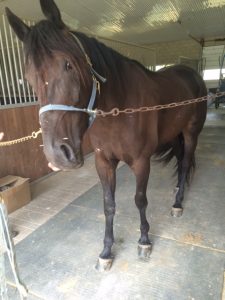 History Presentation, Physical Examination, and Clinical Assessment
The patient was a three-year-old Standardbred colt, who was presented with an acute onset of mild pyrexia (38.9), yellow nasal discharge, coughing, and slightly reduced appetite. Four or five other horses in the same barn, all Standardbreds of a similar age, were affected as well and a viral cause was suspected, but no diagnostics were performed. All of the horses had been vaccinated against rabies, West Nile virus, EEE, WEE, tetanus, EHV 1, EHV 4, and EIV. The patient was placed on prophylactic antibiotics (Trimethoprim-Sulfamethoxazole) by another veterinarian due to his productive cough and large amount of thick nasal discharge, which was worse than the other affected horses. On the second day of illness, the temperature of all affected horses had normalized.

Acupuncture was performed on day three and five of illness to help ameliorate clinical signs and reduce the duration of disease by improving respiratory tract function and stimulating the immune system. At the time acupuncture was initiated, appetite had returned to normal and temperature had been within normal limits for more than 24 hours. This case was chosen over the other affected horses because the cough and nasal discharge were more pronounced and assumption was made that improvement and/or shortened disease course would be more easily recognized when compared to the others.

On myofascial palpation examination, there were reactive points along the back, over the gluteal muscles, and in the hamstrings. These included BL-21 and BL-26 on the left, BL-27, BL-36, and BL-37 bilaterally, and BL-54 on the right. There was also sensitivity at ST-7 on both sides with L > R. The soreness over the hind end was suspected to be secondary to the patient’s job and possibly a lameness issue. But, as it was not likely related to the viral illness, it was not directly addressed. 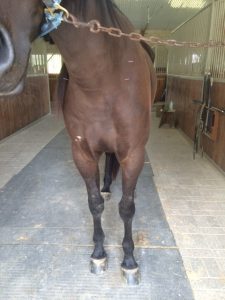 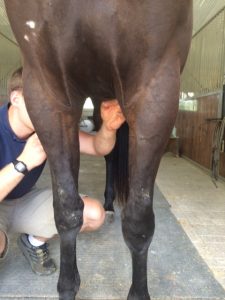 Acupuncture Treatments and Decision Making
The treatments shown in Table 1 were tailored to the patient’s condition. Points were selected to help stimulate the immune system (ST-36, LI-10, GV-14), respiratory system (BL-13, BL-14, LU-1, LU-11, LI-20, CV-17), muscles associated with respiration (SP-20, SP-21), and parasympathetic inputs (Bai Hui, ST-36). The patient tolerated the treatments very well, so a large number of needles were used. Dry needling was performed at each of the points listed. 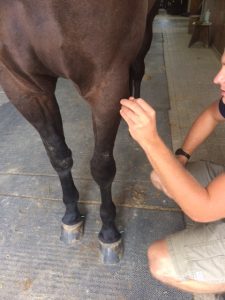 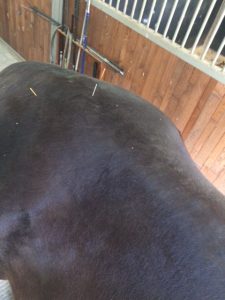 The patient’s cough and nasal discharge remained present and seemingly unchanged after both treatments. However, his energy level seemed greater than the other affected horses in the barn after acupuncture treatments, most notably the following day. The patient’s appetite was normal prior to acupuncture treatment and remained normal as he continued to improve. Clinical signs subsided and the patient returned to work at the same time as the other affected horses. No adverse effects were noted from either of the two treatments.

The purpose of acupuncture in this case was to reduce clinical signs and hopefully shorten the disease course. Equine upper respiratory viral infections are a significant cause of lost days of work and cause missed training days and race opportunities in young racehorses (Wood et. al, 2005 EVJ). Treatment options are limited to supportive therapies, and practitioners use antibiotics prophylactically in some cases. Antiviral medications are not commonly used in treatment as their efficacy are not well studied, and they may not always be cost prohibitive (Wong et. al, 2010). Along with rest, non-steroidal anti- inflammatories, bronchodilators, and expectorants are the most commonly used treatments. A shortened course of disease was not seen in this case compared to the other affected horses in the barn, and clinical signs of cough and nasal discharge remained present after treatments. However, there was a notable change in the patient’s attitude and energy level. Treatment in this case was started on day three of illness, after the pyrexia and mild inappetance had subsided. Ideally, treatment would have been initiated on day one of clinical signs, but it was not feasible to start treating until the third day due to time constraints. Earlier treatment may have shown more rapid and measurable effects as was the case in the report by Kwon et al where acupuncture was performed on humans with fever caused by viral URTI. These patients had rapid amelioration of pyrexia, headache, myalgia, and other symptoms associated with their illness. In that study, six of eight patients were over the illness within three days of treatment. It is possible that with selection of different acupuncture points (more parasympathetic stimulation of the facial nerves or other respiratory points), results may have been different in this case.

Based on the outcome of this case, acupuncture may have beneficial effects in cases of URTI in horses and is worth using as a supportive therapy with minimal to no adverse effects. It would be worthwhile to try acupuncture earlier in the disease course to see if it would help ameliorate pyrexia and early clinical signs, as this would be an excellent way to reduce the need for non-steroidal anti-inflammatories, especially in horses that may be prone to gastric ulcers or other side effects of these drugs. 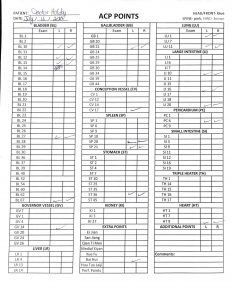 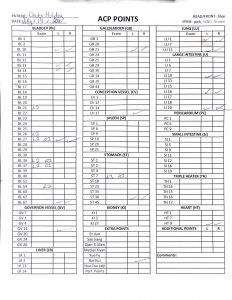