Weighing the Benefits of Cannabis vs. Opioids

As clinicians, we harbor mounting concerns about treating painful patients with prescription opioids.  While curiosity about whether cannabis could serve as a suitable substitute is growing, we wonder about the legality, prudence, and risks of suggesting to our patients that they patronize the local marijuana dispensary to purchase a putatively pain-relieving product.

Most prescription and non-prescription opioids are highly physically and psychologically addictive – that’s why we have an epidemic in the first place, one that now affects tens of millions of people across the globe.  The addiction potential of cannabis has been vigorously debated and remains not fully defined.  While deaths from overdose of prescription opioids have quadrupled since 1999, no one has yet suffered a verified death directly due to an overdose of marijuana.

Your Next Rx – “Take two gummy bears and call me in the morning”? 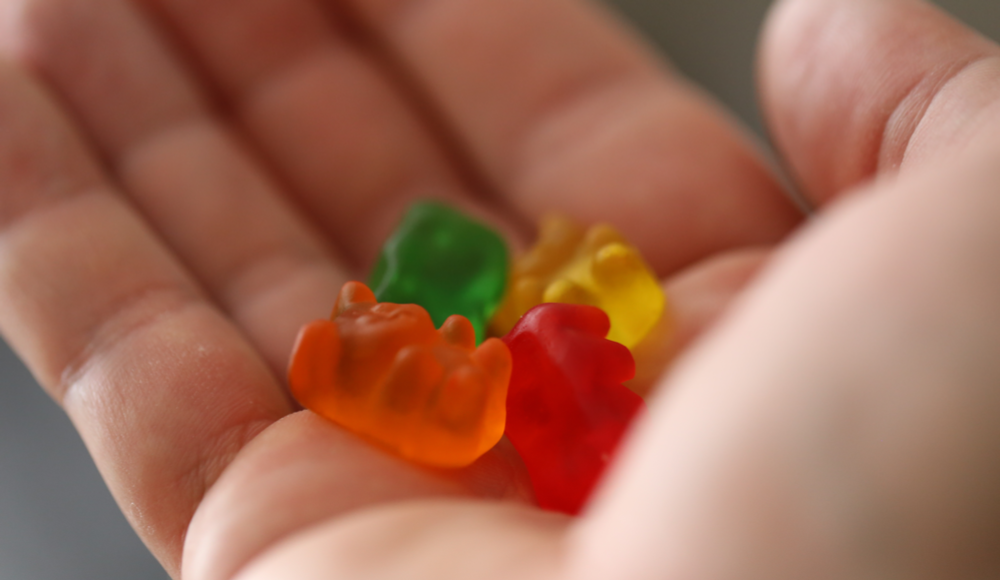 Both cannabis and opium from poppies have enjoyed long histories of use in medicine and pain control.   They have also each been banned at one time or another, classified as agents of evil and the source of societies’ woes, only to be reintroduced as a more socially acceptable drug sold by a standard pharmaceutical supplier.

Cannabis’s reputation has come a long way from the political damage done by the American propaganda film, Reefer Madness, and the public mistrust that ensued.  However, recent backward shifts in U.S. policy concerning its legalization are placing many of its more modern milestones in jeopardy.

Nonetheless, citizens in North America will likely continue to buy it, grow it, and consume, smoke, or externally apply remedies made from it, and one can expect robust public backlash against any political movement that seeks to eliminate cannabis.

Furthermore, medical professionals and their patients would be best served by more knowledge, more research, more assurance of quality production and elucidation of how they can minimize harm.    Obviously, after seeing the deadly outcome of a medical profession that itself is addicted to opioid prescribing, many health practitioners are asking, “Would cannabis actually offer more benefits and less risk than opioids for patients in pain?”

Due to its controversial classification as a Schedule I drug since 1976, research regarding the mechanisms, effectiveness, and safety profile of cannabis (including marijuana and hemp derivatives) has been stymied.  As grassroots support of cannabis legalization increasingly has swept the country, now over half of states in the U.S. have enacted laws allowing for medical marijuana use, with pain serving as the premier indication.

More widespread access for the general public affords researchers insights into both the benefits and risks of medical marijuana and CBD oil as applied “in the field”.  Certain characteristics of conditions and patient populations, whether helped or harmed by cannabis, are coming to light.  This aids us in answering the persistent question — is the “grass” really greener on the other side?  In other words, should and could cannabis “fix” the opioid epidemic?

We may in fact find that the best option may entail some of both, but research remains to be done in order to sort fact from fiction.  Studies show that eighty percent of medical cannabis users reported substituting cannabis for prescription meds. Cannabis may reduce the dose of opioids needed to control pain, thereby reducing side effects encountered.

States with cannabis legal have 25% lower mean annual opioid overdose mortality rates, and those with medical cannabis dispensaries have witnessed a 15%-35% drop in substance abuse admissions and deaths from opioid overdose.

From a neurophysiologic perspective, both cannabis and opioids engage with overlapping areas of the brain, spinal cord, and peripheral nervous system that comprise the remarkably widespread “endocannabinoid” system, responsible for such a wide array of body and mind activities that it has been dubbed the “bridge” between the body and mind.  Study of the impact of opioids and cannabinoids is yielding novel insights into the management of opiate dependence and withdrawal.

The biologically active compounds in cannabis that confer the most widely recognized health effects include delta-9 tetrahydrocannabinol (THC) and cannabidiol (CBD).  THC is the psychoactive agent that accounts for the effects often described as “getting high”.  CBD does not produce the marijuana “high” and may, in fact, ameliorate the negative effects of too much THC.

Like opioids, these cannabis constituents affect nerve and pain transmission through neurotransmitter and other types of receptors. What’s noteworthy is that our nervous systems already contain sites on nerves that are sensitive to chemicals from plants such as the opium poppy and cannabis.

One reason for this is that our own internal pharmacy, i.e., our nervous system, makes its chemicals that bear resemblance to THC and opium.  Or, rather, THC and opium resemble chemicals we secrete as endogenous drugs.  These chemicals manufactured in our own bodies on a daily basis appear in larger amounts as needed to reduce pain and suffering.

At times, however, when we experience internal or external traumas or disease that overwhelm our own internal ability to cope chemically, we may need to seek help from outside of our internal pharmacopeia.  That’s where cannabis and opioids assist with the least possibility of harm, i.e., in the acute stages of pain and discomfort.  Eventually, our intrinsic healing mechanisms would ideally bring us “back on track” so that we can stop our reliance on pharmaceuticals and/or botanical compounds.  Medical acupuncture, massage, photomedicine (health benefits from light), exercise, meditation, music therapy, and more offer non-addictive, restorative effects with minimal risk.

That is, while cannabis may not be guilty of causing the same widespread, lethal epidemics that we have seen with prescription opioids, problems plague the manufacture and labeling of cannabis products that warrant heightened vigilance and caution. 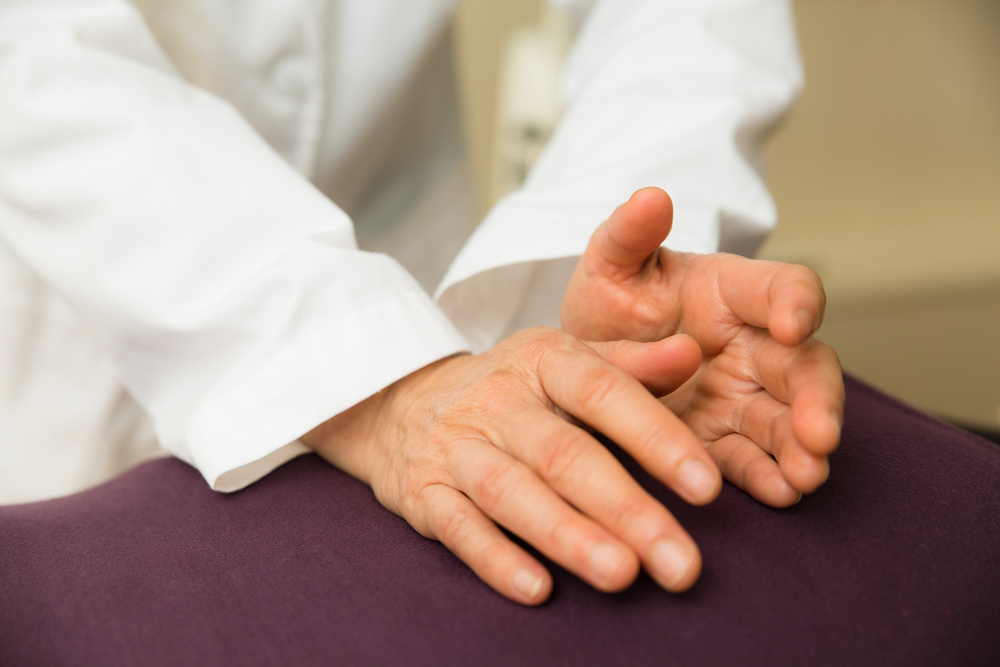 Despite all their documented issues related to addiction, tolerance, withdrawal, and death from overdose, the manufacture of prescription opioids is tightly regulated.  We expect them to deliver reliable amounts of active ingredients (counterfeit drugs from Asia and elsewhere notwithstanding).

In contrast, botanical agents such as cannabis have natural variations in active ingredients based on batch-to-batch variations in cultivation, harvesting, fertilization, storage, etc.  Pesticide and herbicide applications during cultivation introduce a host of unknown chemical additives, as do variations in oil production that could involve something as concerning as butane or safe as safflower oil.

Inaccurate labeling and questionable laboratory analyses point to critical questions about the actual concentration of THC and other cannabinoids in each “dose” recommended by the sales staff or package label, in conjunction with the pervasive unknowns about what each dose should be, relevant to the age, health, gender, species, and size of the consumer.  That is, how will the toddler’s brain and spinal cord be affected by CBD oil being taken for intractable seizures if the substance sold to the parents is contaminated with pollutants and heavy metals? How will an unsuspecting elderly woman fare when adding medical marijuana to her list of multiple medications that she takes every day, when she is already unsteady on her feet and deemed to be a high “fall” risk?

Both opioids and cannabinoids have their own demons in terms of negative side effects.  In the short term, opioids may produce sedation and drowsiness, which raise the possibility of injury.   Over the long term, the likelihood of developing gastrointestinal problems increases, with patients complaining of abdominal cramping, spasm, bloating, and constipation that can be difficult to manage, even with laxatives and stool softeners.  About one out of four people experiences nausea when on opioids long-term.  Sleep problems may ensue, and some individuals develop irregular respiratory patterns.  Opioids raise the risk of heart attack as well as heart failure.  A problem called “opioid-induced hyperalgesia” is particularly troubling, as patients in pain grow even more sensitive to touch, feel pain more severely, and consequently start seeking higher doses to stop hurting.  Testosterone production in men declines, potentially leading to fatigue, erectile dysfunction, and even hot flashes.  In women, reduced estrogen levels may cause osteoporosis, inappropriate milk production, and problems with their menstrual cycles.  Both genders are more likely to suffer from depression, a condition worsened by the chronic constipation that accompanies their intestinal woes.

While most users may assume that cannabis causes far fewer negative phenomena, some salient effects are worth noting.  In the short term, cannabis may improve sleep subjectively, in ways similar to that provided by small amounts of alcohol.  However, over time, chronic use may induce negative subjective effects on sleep, like long-term alcohol ingestion.  Stopping heavy chronic use of cannabis can lead to “strange dreams” that subside with return to previous levels of use.

More importantly, marijuana can incite cardiovascular changes, including acceleration of heart rate and potential elevation of the risk of myocardial infarction, and blood pressure changes (too high or too low).  The lungs may become irritated with smoking, and patients may see weight gain, undesirable changes in mood, movement, and cognition.

High doses of marijuana may produce delusions, hallucinations, or psychosis.  Women that use marijuana, with its high amounts of THC, while pregnant may deliver babies of lower birth weight and with increased risk of problems related to the brain and behavior.  A longitudinal study designed to explore these outcomes is currently underway at the National Institute of Drug Abuse.

The aforementioned effects of marijuana do not apply to CBD products made from hemp oil, which contain, by definition, less than 0.3% THC on a dry matter basis.  In contrast to the long list of concerns just discussed, CBD does not alter heart rate, blood pressure, or body temperature.  It does not produce the marijuana “high” as indicated previously, and neither CBD reportedly causes neither psychological nor psychomotor dysfunction.  CBD users have little change in gastrointestinal motility and food intake, and humans appear to tolerate high doses well, even over the long term.  Whether CBD leads to changes in drug metabolism and thereby risks inducing changes in the circulating concentration of concurrently administered medications remains to be studied.  Thus, it is easy to understand why popularity of CBD oil and related non-THC products has blossomed recently, with signs popping up even on windows of the local variety store and pet stores.

Considering the risk-benefit ratios of opioids and cannabis, physicians and other healthcare workers that prescribe pain medications may be tempted to recommend marijuana or CBD for their patients.   While opioid use disorder can lead to high economic, social, and health burdens, threats of legal or licensing challenges one may experience when prescribing a Schedule I substance and varying policies between countries (US and Canada), states, and even between cities in the same state generate regulatory confusion and invite potentially unforeseen risks.   Fortunately, in many states, members of the public need not wait for a prescription from their doctor to obtain a cannabis product.  They can purchase it for themselves or their family members over the counter at a dispensary approved to sell cannabis for recreational uses.  What we are all could benefit by, however, is having much more thoughtful, rigorous, and independent research that will cultivate an informed approach to the integrative medical treatment of pain, whether pharmacologically through cannabis or other pain-relieving alternatives, or physical medicine measures such as medical acupuncture and related techniques.

Any cookies that may not be particularly necessary for the website to function and is used specifically to collect user personal data via analytics, ads, other embedded contents are termed as non-necessary cookies. It is mandatory to procure user consent prior to running these cookies on your website.